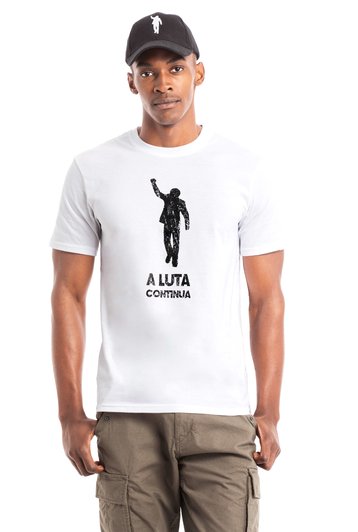 The 'A Luta Continua' FREEDOM T-shirt features the iconic silhouette of Nelson Mandela as he exited prison for the final time in 1990. 'A Luta Continua' (the struggles continues) was the rallying cry of the FRELIMO movement during Mozambique's war for independence that was adopted by other liberation movements. Its use on this shirt is to serve as a reminder of Mandela's commitment to the continued struggle against social injustice even after he regained his freedom. Proudly made in South Africa with 100% cotton.